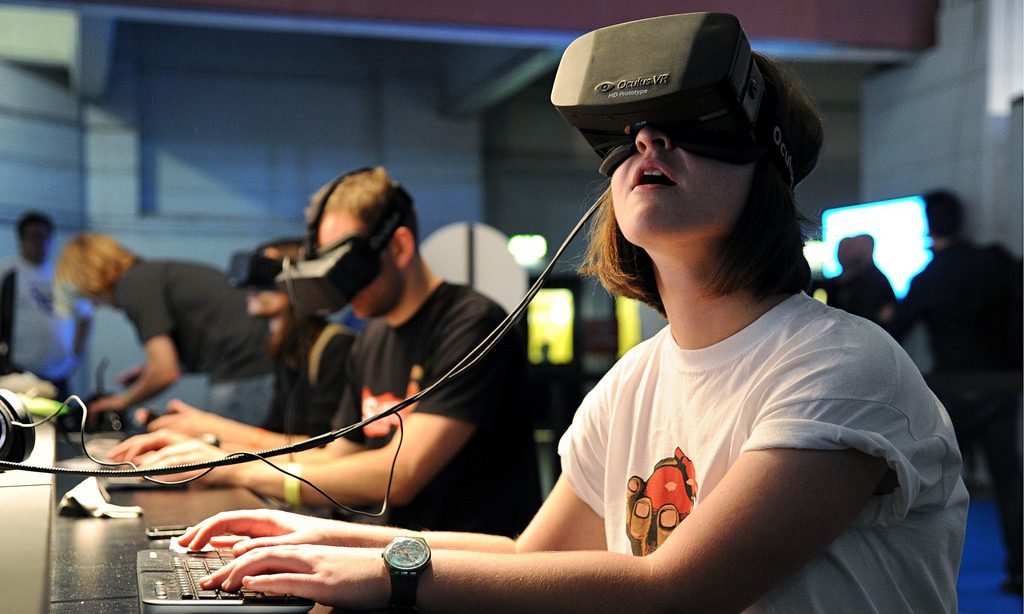 Home
Games
Upcoming MMO VR Games to watch out for

Okay, hear me out, I know what you’re thinking when you read the title, VR MMO’s aren’t really a thing as of now and considering how terrible it’s been last year with everything (Let’s not talk about it), I don’t want to remind you of it. I’d instead like to tell you that MMO’s on VR, are going to the next best thing. Looking back at the MMO revolution, you can’t help but think how far we’ve come as a gaming community. For several years, World of Warcraft, Eve Online, Ragnarok, Dungeons and Dragons online and many others were front runners in the genre, but since the involvement of VR here, there hasn’t been much to talk about. Altspace, REC Room and VR chat don’t really count, but they are like small minute, stepping stones into the near future of Multiplayer on VR. The only ‘MMO’ title we could talk about that’s out on platforms right now is Orbus VR, although, there isn’t much to talk about there. Orbus VR was just another title that had too much happening as an MMORPG and it couldn’t keep up. Let’s look at the new year and start things with some hope, here are a few MMO VR games that look really promising.

Now the cool thing about Zenith is that it’s very Cyberpunk/Anime inspired, which I (Not saying Cyberpunk was a success, I hope you guys got your refund) really like. The likes of Final Fantasy and Cronotrigger are very evident in the gameplay footage released. Now the icing on the cake is the Cyberpunk bit. Image how nice a post-apocalyptic world would look like in this variety of art-style. I mean, there are a lot of good examples of what Post-Apocalyptic worlds should look like, but there’s something that really draws me to a Japanese style of art and when you add that cyberpunk variation to it, it just makes it better. Another thing to mention is that this game is not all about the wastelands, there are cities and hubs, for interactions of course, which drives my curiosity of what the lore of the land must be like. There might just be a lot of good storytelling as well. Other than that, it proclaims to be your regular run of the mill, MMORPG, with creatable characters (Class/Race and all that jazz), a levelling up system of course and you get to play your storyline. Regular RPG stuff. This game looks great, I’m excited about this one. Its initial release should sometime in 2021. Check out the trailer below.

I’m sure you’ve heard of Sword Art Online? Well, if you haven’t, I’ll try and explain. So you’ve seen ready player one, right? I mean, I’m sure you have. The idea of building your character, living as your character and going on adventures in a virtual world, is mostly what the general outlook is. Ilysia will try and replicate that notion, on its humble Kickstarter page, its mentioned that it wants to be inspired by the best MMORPG titles out and to bring back the golden days of the genre on VR. Pretty solid as a statement, but it’ll take a lot of hard work. I’m sure they’re at it considering they’ve already raised over 150K$ on their page and it’s great to see users want that as well. The game looks great. The USP of this one, I’d say is its sheer size. The developers want to be able to put out a new kingdom with new quests, bosses, characters etc, with every update they launch and even though this sounds a little bit like what ‘Hello Games’ said with ‘No Man’s Sky’, I feel the ambition on this one is going to be promising. I’ll quote them directly on what they said just so that you have a firmer picture of it,

“In Ilysia, players will travel alongside one another or embark on solo journeys as they quest, fight, grow, and explore a multitude of unique areas with their own set of challenges throughout their adventures. These zones will present an increasing challenge of monsters, quests, dungeons, world bosses, caves, and large outdoor cities, all waiting to be explored, conquered, and to have their secrets revealed. Live the wonder, excitement, and glory days of MMOs like never before, in truly immersive VR.“

This does sound ambitious when you think about it. Trying to get back the ‘glory days’ of MMO’s isn’t an easy task, but I think this game will fair will. I think one issue that I had with the entire thing, is that they initially tried to morph the whole picture of the game, by saying it wasn’t an MMO, but then eventually came out saying it an MMO with the above statement, so it is strange that the developers wanted something else in the beginning but stuck to this at the end. All said and done, the game looks good, hopefully, it plays well too. Check out the trailer below. The game is out sometime in 2021.

Image a real-world VR GTA, that’s right, the RAV3 team have gotten their hands dirty with that concept on Project Elysium. Now, initially, I had no idea about this game, very little was put out on it, a few Q&A’s here and there, the regular stuff, you know, then they started pushing out a lot of gameplay footage and that’s what piqued my interest. The game conceptually is fantastic, like I said before, imagine GTA VR as an MMORPG, that’s exactly what the devs are looking to create. Ambitious once again, but where would any of the greatest titles ever made be without ambition. The strange thing about this title is the somewhat disappearance of any initial release date or for that matter, most of the gameplay footage that can be found on the internet was released a long time back, which sort of started raising a lot of questions in the community about its actual existence. Some outright called it a “scam”, I wouldn’t want to be as harsh, because the evidence runs supreme that there will be a game in the near future, we just don’t know when. Project Elysium’s socials have also been quite active putting out content about the game now and then, which is reassuring that there will be a game. The game boasts of a huge open-world space to explore and large hubs to interact with other players all across, job systems, vehicles, weapons, an in-game dynamic economy, building systems and so much more. All these features seem too good to be true, but we will have to wait and watch. I can’t help but be excited about this one. Check out the trailer below, the release date has not been revealed.