A fairly iconic horror franchise on PC is the Five Nights at Freddy’s series, with the first originally published back in 2014. With lots of tense atmosphere and some very bone-chilling monsters, the premise was simple yet addictive gameplay. All that comes back in one package of super virtual reality (VR), there is only one major difference, the pressure is turned up even higher. Thanks to its ability to immerse you in a freezing atmosphere, VR has the ability to make even mild fear seem even worse than usual.

Five Nights is pretty easy at Freddy’s. You work for the Pizzeria of Freddy Fazbear, which is obviously based on popular American chains such as Chuck E Cheese, etc. Freddy Fazbear and his band, a group of jolly animatronics who entertain the kids during the day, are the big selling point for the Pizzeria. But it’s an entirely different story at night.

We are working to keep an eye on the restaurant between the hours of 12 midnight and 6 am as a night watchman. Someone rings us as we start our first shift to let us know what is going on. This person is known as “Phone Guy” who informs us when the restaurant is closed, they are put into some kind of free-roam mode to prevent the animatronics servos from freezing up. He implies that if the animatronics manage to find us, they believe that we are some sort of exoskeleton that needs to be placed into a suit; a squishy human being forced into an animatronic suit, full of wires and sharp edges, does not end well, as you might imagine. It would be in our interests, therefore, not to allow any of the animatronics to meet us. The issue that follows focuses on whether we will survive at work the next week or not.

It is worth getting to know our adversaries at this point. The headline is Freddy Fazbear, who’s the band’s leader, so to speak, and then both Chica the Chicken and Bonnie the Bunny come and play. The main draw for the kids is these three, as they make sweet music together. There’s a fourth animatronic, Foxy the Pirate Fox, sequestered in Pirate Cove behind a curtain, as he’s out of order, obviously. If he remains that way is, of course, an entirely different matter.

A shonky old CCTV system, which helps us to see what’s happening around the place, a pair of lights, and a set of doors that can be locked, are the only resources we have at our disposal. However, because of the building being er powered on batteries, we just have little power to get through to the morning. Anyway, any move you take drains energy, whether it’s monitoring the cameras to see who’s moving, flipping on the lights to the left and right of the room to see if we’re going to have guests or closing the doors to keep the cuddly mascots out.

Foxy is a horrific one. He doesn’t come out to play if you keep an eye on his Pirate Cove, but if you don’t look at the camera often enough, he might run away. He is the fastest moving animatronic of all of them, sprinting down the hallway to get at you. It is truly terrifying to unexpectedly lower the camera monitor and see a bad look at you before jumping and scaring the life out of you. I can assure you, flipping to a monitor to see Bonnie looking straight out of it even triggered a few palpitations. If you run out of control and believe me, it’s easy to do then Freddy himself will come to deliver the coup de grace, emerging with shining eyes from the darkness, playing a jolly tune until you finish off. Five Nights makes you feel on the edge; playing in the dark is definitely the creepiest gaming experience you’ll ever play, best with headphones on.

What Parents Need to Know

Five Nights at Freddy’s is a horror game that uses suspense and jump scares instead of blood and guts and is much scarier than many other games as a result. The feeling of being trapped and defenseless in a tiny office soon becomes real—and you can leap (and maybe scream) as the animatronic characters jump out at you. For younger adolescents, this makes the game way too intense — and teenagers should know what they are getting into.

Five Nights at Freddy’s is a rather creepy game, but one that, with limited resources, achieves big results. Freddy will have a profound effect on you by using nothing more than some eerie singing and stuff that go bump in the night to offer jump scares if the monsters reach you. It is frightening, it’s atmospheric, and it’s going to make you jump. If you are looking for a game that is truly scary, then look no further. 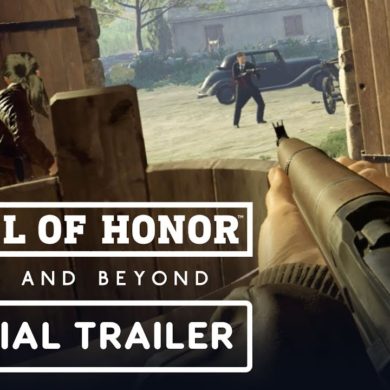